Let's be honest. There's all kinds of weird things that happen around here.  Even a superficial perusal of my writings will demonstrate that I have either been subject to or have participated in a peculiar buffet of experiences. But I have never been subjected to what is called animal magnetism!!

I wouldn't think that cats (aka genetically-coded predatory killing machines) would be able to be magnetized animalistically, it would be way too anomalistic. Cat have too much intellect that can only be measured by psychometrists trained with a feline speciality when they go to school.

Dogs are another story as they are stupid. There's even a book on how to hypnotize dogs (see below). I'll save you some $$$ and tell you how to do it .... just dangle a shiny object in front of them. 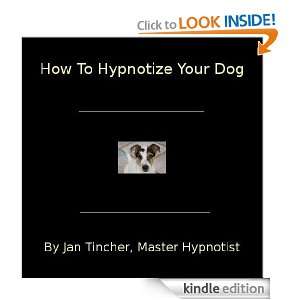 As proof, I submit Exhibits A, B, C, and D to demonstrate the goofy things you can get dogs to do when you hypnotize them.

So what about cats?  You can't find a collection of dumb cat photos and stories on the internets like you can with dogs. There's like 20 orders of magnitude difference!! And that's a lot! Just ask any of your mathematician friends.

Since the photo below appeared in the blogosphere, some have claimed that I was being hypnotized.
Those making the allegations point to the hypnodisc, whirly thing behind the hypnotist, but she's not a hypnotist, she's one of my sexy friends (Kira to be specific, and I don't mind being specific)! And that whirly thing wasn't there. I don't remember it. Someone has plopped that in probably using one of those programs like photoshop. Some people on the internetwork say that she is using her hands to pulse me with her magnetic, hypnotic pulses. Let's face it, anyone can get an internet account and say stuff. And add that to the statistical fact that half the people out there are stupid, I'm surprised this hasn't happened before! But in fact Kira and I are merely frolicking at the moment. It's a photo record of two frisky animals diverting themselves from the more serious concerns that face our country. It's a friendly romp during one of the six or so hours a day that I'm awake.

All I know about whoever started this rumor that I was being hypnotized is just jealous. That person (or a dog???) probably went ballistic when they saw me and Kira relaxing together and enjoying ourselves.  Deep down they know that someone like Kira isn't going to hang with a stupid person! She's college educated and smart and gets bored easily around the dull-witted (she's like me that way!).

So to all the jealous types out there - Suck on THAT!!

And to all the dogs who got a brief jolly out of the tall tale - go apologize to your owner for being the sad excuse for a dog that you are!!

Posted by Liam the Huskercat at 9:00 PM No comments: