Behind the Scenes! (at my New Year's Portrait)


Now for a behind the scene shot!! 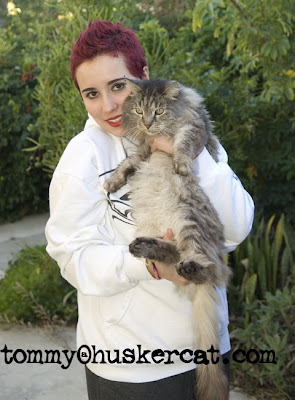 It was Monday. No good bowl games today. I mean who wants to watch Rutgers play? I didn't even know that Rutgers had a football team. To be honest, I never heard of Rutgers - I don't actually keep up with all these colleges and stuff. I'm quite content to pay attention to the Huskers and I know in a few days they're going to kick the tail off of a Clemson football team. Nebraska plays on January 1st! That's a real bowl game day.
Anyways, I always like it when Natalie visits me. She's a regular around here and I suspect that she comes to just get her photo taken with me. I wouldn't be the first time someone tries to piggyback on my reputation as the celebrity Huskercat!
She moved to Alabama so I don't get to see her as much. It's a real mystery to me why someone would actually move to Alabama. If you were kidnapped then it would make sense. There are probably lots of kidnappers in Alabama. 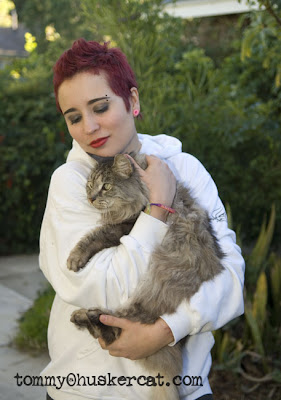 I mean how weird is a state when their county sheriff pleads guilty to perjury and an ethics violation to stay out of prison when his crime was stealing over $9,000 for buying over $9,000 in Mardi Gras beads using the school vending machine money. I ask you how much shit for brains does a person have to have to even ponder such a high crime??? I'm sure his wife/sister didn't offer any good advice. I'm glad I live in California. Our weirdness is usually interesting and not obvious evidence of generations of inbreeding. At least we don't bury our dead in roadside graves!!
Plus, I doubt that Fancy Feast would stoop to lowering themselves to selling their Tuna Feast with Gravy in Alabama. I'm sure there's plenty of road kill innards to keep their cats all plumped up. I'm sure they can 'splain it all good by citing some Old Testament injunction about wasting food or something like that.
I suppose I'm just upset that Natalie had to leave again. She gives good squeeze! (as can be seen in the above photos) And she is Miss September in the new Huskergirls Calendar! How cool is that!! I get squeezed by Miss September! She's very classy looking. I hang out with the best - that's for sure! 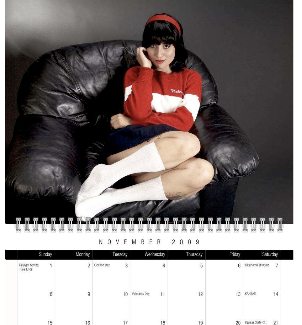 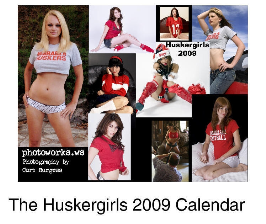 She had red hair when she came over, but had black hair in her Huskergirl photo. Hell, one time she even had pink hair! Well, what can I say - this is California! I got to see if I can be in this calendar next year. In fact, I can't figure out why I wasn't asked!!
Posted by Liam the Huskercat at 11:37 PM No comments: