What's this you ask??  And who the hell is Joe Lhota?? He's an enemy of the most popular pet in the world (i.e., cats). He the pro-dead-kitten mayoral candidate for NYC!

This scandal is making the national and international news. It's one of the biggest issues of 2013. 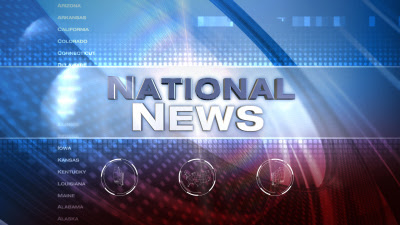 So what's the deal?  Two kittens got loose in the NYC subway and the top-brass immediately commanded that the subway line in that area be shut down so the kittens could be rescued. 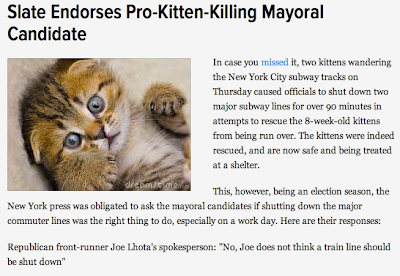 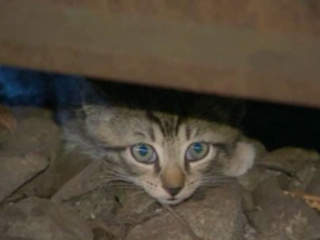 Joe Lhota would have killed these two kittens or so he said ... 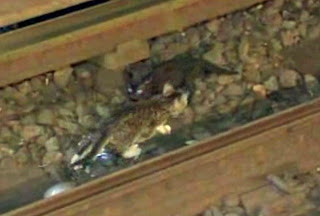 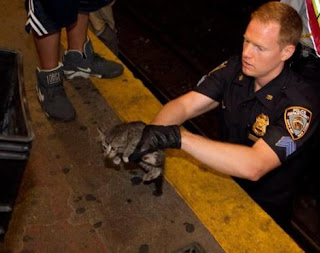 Joe Lhota is a coward!!  Stephen Colbert invited him on his show to finally kill the kittens who were there and he didn't come on.  Maybe Joe figured out that even Republicans wouldn't get behind kitten killing!!  Joe Lhota can talk the talk, but Colbert showed that he can't walk the walk.

In other words, Mr. Joe, the kitten killer, Lhota is nothing but a PUSSY!!

Posted by Liam the Huskercat at 5:11 PM No comments: